Things to Make: A Snail Birthday!

As promised, here are a few pics of the Snail-themed Birthday Party I planned for my six-year-old daughter. We had a lot of fun playing some silly snail games like "Slug, Slug, Snail" (which is basically my made up version of "Duck, Duck, Goose," modified so that they have to go slowly...and crawl instead of run!).

We also had a "Snail Race!"  All of the kids colored their very own snail and wrote their name on the back.

I set up a "path" for them to follow from the living room to the dining room, where a Snail Feast awaited them.  The path was made of green construction paper leaves, black paper rocks, and blue paper puddles taped to the floor.  Each child took turns rolling a dice, and moving along the path according to the number on the dice.  If they landed on a rock or puddle they had to wait another turn (because it's tricky for snails to get around rocks and puddles, you know).

When each snail reached the table they got a little Fruit by the Foot roll, and some "mud" - ie chocolate pudding - to dig in.  We also added some gummy snails to the mud to make it fun!

When everyone finally got to the table we ate our Snail Feast!

There were Snail Shell crackers:  These are just swirls of Easy Cheese on Ritz crackers!  A big hit! ;) 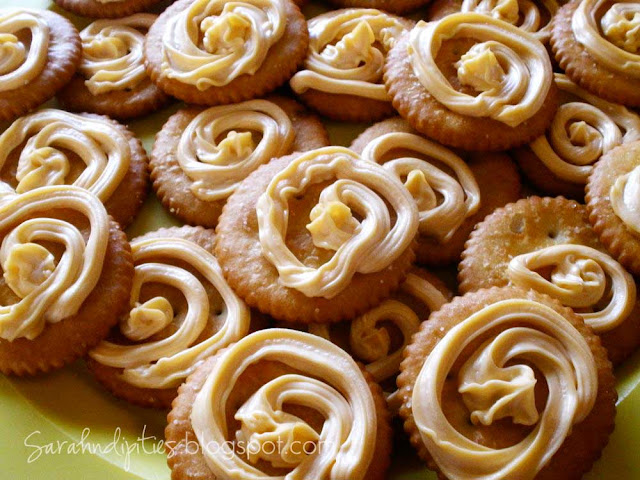 And finally Hot Snail Dogs:  These are hot Dog wrapped in Crescent Roll dough.  Then we added little chow mein noodle eye stem thingies.  The serving platter was drizzled with honey to make the "snail slime trails."  I got the idea for these on Pinterest, here.  Aren't they cute?  (And sort of disgusting?  There's no accounting for taste.)

After our meal we opened present and then it was time for cake!!

The dirt on the cake is made from crushed up chocolate sandwich cookies (like Oreos), with the squishy white stuff removed.  (I saved that stuff for another part of the cake!)  The grass is made from coconut tinted green with food coloring.  Rocks and flowers are made from jumbo gumdrops...the flowers have lemon drop centers. 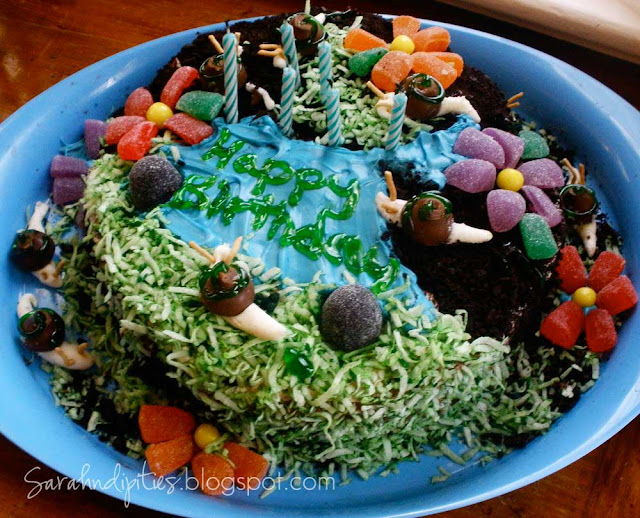 The snails are my favorite part!  Their bodies are made from the white Oreo filling...I just kinda rolled it into little snake/slug shapes!  The snails shells are made from Hershey's kisses with the tops chopped off...and then swirled with edible writing gel.  The little eye stems are those chow mein noodles again! 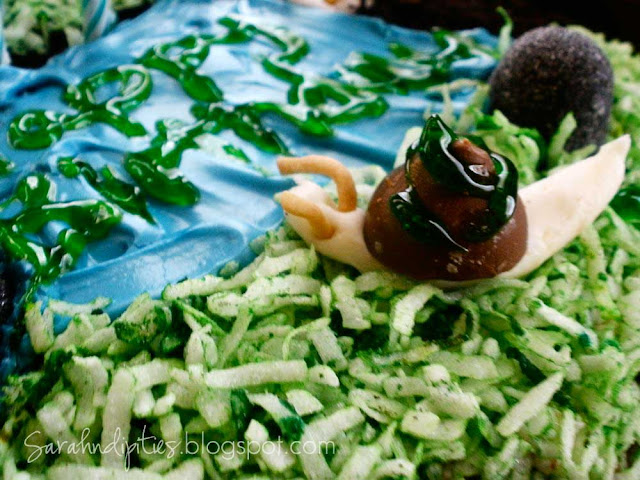 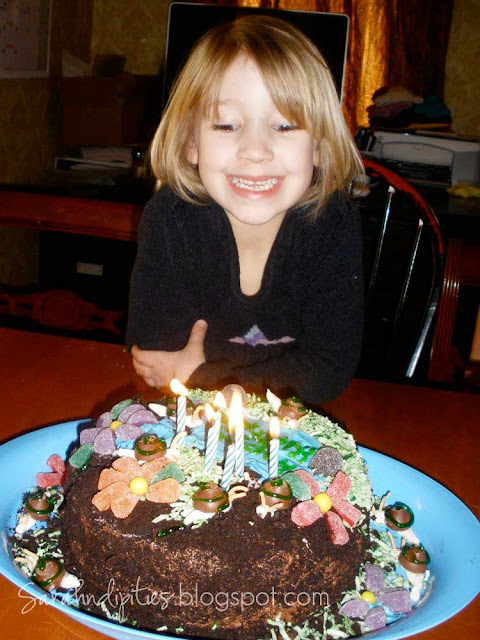