was inspired by...
from my Things to Eat board!

Lately I have been obsessed with cooking with my Crockpot.  It's sooooo easy to throw everything in early in the day, when the house isn't so crazy, and let dinner cook itself.  Especially in the cool Fall and Winter months.  It's wonderful to have the aroma of a hot-cooked meal wafting through the house throughout the day.

And, yes.  I did just say wafting. 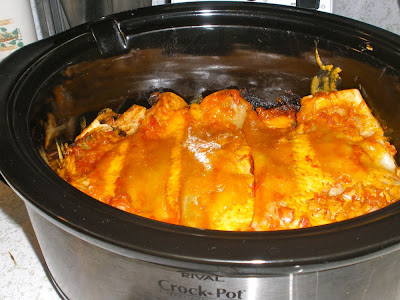 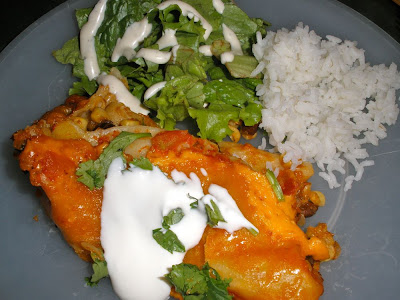 Again, not such a great picture.  i blame it on the fact that it's dark by 4:30pm here, and I had to use my *gasp* flash to take a decent shot!

I followed the recipe exactly, with the exception of using cheddar cheese instead of Monterey Jack ('cause that's what we had).  Everyone loved it...although the bottom layer did get a trifle bit too crispy. In the future I will probably change the setting to my six hour setting, instead of four.

I served it with rice and salad and topped it with a little sour cream and chopped fresh cilantro.  Yum!