Things to Make: Craft Fair Banner by Growing Up Wild!

Today's how-to is by Kelly from Growing Up Wild!  Kelly doesn't have a blog of her own, but she has a darling Etsy shop, where she sells the cutest onesies and baby shoes...seriously adorable!! 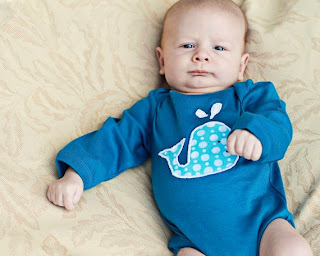 Take it away, Kelly!

I was getting ready for my very first local event and felt so over-whlemed.  Creating a display for my organic baby clothes and shoes was a tough task.  I wanted to keep my table as eco friendly as possible while still catching people's attention.  I started with making a banner.  My goal was not to the printed store route as it didn't really fit with the handmade nature of my wares.  I decided to craft my own instead!

I started with two yards of eco felt (made from recycled plastic bottles) in green, purple, and gray.  They didn't have the shade of green that I wanted for the foreground, so I used fleece for that instead.  I was actually really happy with the texture that it added.  I drew my mountain forms in chalk first, and then cut.  Each layer was glued to the background starting with the purple. 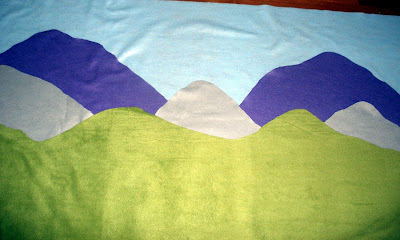 I first cut the letter with the shadow form out of white felt. 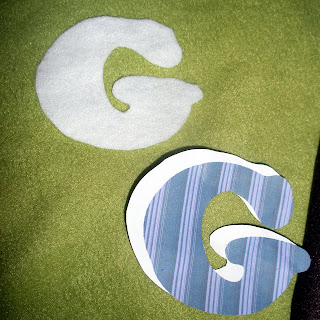 After trimming off the shadow, I cut the remaining letter with brown felt.  Glued together, this gave my letters an extra dimension. 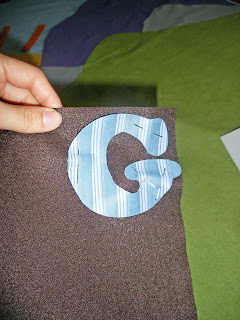 Next I cut the sun out of fabric and glued it into place.  I arranged and rearranged the letters and footprints until I was satisfied, before gluing it all down. 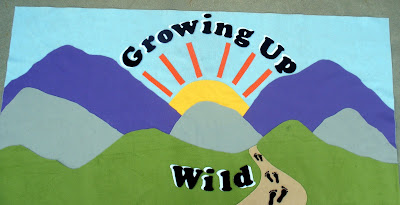 In order to hang my banner I created loops at the corners.  I took a 5 x 3 inch rectangle of blur felt and folded it in thirds.  This made a 5 x 1 inch rectangle that I then looped around the front and back side of each corner before stitching it into place.  (Be sure to reinforce these to hold up to the wind!)

I was so happy with my banner that I decided to use it for my Etsy avatar as well!  I am not very "techy", so I had been having the hardest time creating an avatar using programs.  Crafting with raw materials was much more my speed!  To create my avatar and shop banner, I simply took a picture in natural lighting.  I then cropped the image and used the dropper tool in each color section to read the color and then paint bucket to fill it.  It took about five minutes!  (This has also become the new label for my burp clothes!) 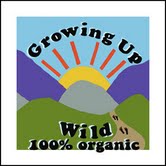 While my banner may not have the professional look of some, it definitely stands out at markets and fairs!  I have had a number of fellow sellers come ask me where to find one!!

Thanks so much Kelly!!!  I know I'm inspired to make a banner for myself, now!!